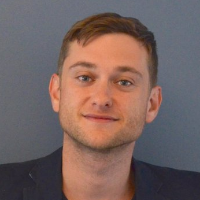 What are legacy admissions?

Legacy admissions are an advantage college admissions officers give aspiring students whose parents or other family members attended the same college. It’s one of several non-academic factors a college may consider, including whether a student is the first in their family to attend college, their race/ethnicity, their religious affiliation, work experience and extracurricular activities, among other considerations.

According to Richard D. Kahlenberg, a national expert on legacy admissions and a senior fellow at The Century Foundation, a Washington think tank, the practice is widespread. “About three-quarters of the nation’s 100 top national universities (as ranked by U.S. News & World Report) provide legacy preferences, as do virtually all of top 100 liberal arts colleges,” he recently wrote, citing a 2010 study. A 2018 Inside Higher Ed survey found that 6 percent of public universities consider alumni relations in their admissions policies.

Public universities that do consider alumni relations in their admissions process include Auburn University in Alabama, University of Michigan at Ann Arbor and University of Virginia. University of California campuses, like UCLA and Berkeley, do not. Nor does Ohio State University, MIT, Caltech or the University of Washington.

What’s the debate over legacy admissions?

Some proponents say that legacy admissions help to sustain colleges that translate these positive relations into fundraising revenue, which benefit the colleges and their ability to stay open. Others say that the practice, which tends to privilege wealthy and white families, brings in students requiring less financial aid, which allows the college to spend more aid on needier students.

Critics say it rewards families for being wealthy and takes away coveted positions for lower-income students who could benefit greatly by graduating from more selective colleges. There “is no reason why taxpayer-supported institutions should give preferences to alumni,” said Robert Kelchen, a scholar on higher-education finance at Seton Hall University, in a brief interview.

Others lament the fact that legacy admissions are considered permissible while other policies are attacked publicly and by lawmakers. For example, affirmative action, which tends to benefit lower-income students and those who are the first in their families to attend college, is partially illegal in some states.

A 2004 Princeton University paper found “that admission bonuses for athletes and legacies rival, and sometimes even exceed, the size of preferences for underrepresented minority applicants.”

Legacy admissions are legal and shouldn’t be confused with the illegal “side door” that the U.S. Justice Department uncovered in March of 2019, revealing an alleged network of bribes and kickbacks so that wealthy families could secure coveted admissions slots for their children.

However, at least one respected legal scholar has argued that legacy admissions have no place at public universities. Carlton F.W. Larson, who teaches law at the University of California at Davis, called the practice unconstitutional in a 2007 law article, writing that the U.S. ban on allowing federal and state governments to give hereditary preferences – like dukes and earls – applies to public universities as well. Legacy preferences, he argued, are a hereditary privilege, too. “I believe they’re simply copying the admissions practices of private schools” to provide a benefit to alumni and increase donations, he said in a recent interview.

But as prevalent as they are in the United States, legacy admissions practices are “virtually unknown in the rest of the world,” wrote Daniel Golden, a respected journalist.

Do legacy admissions give applicants an advantage?

One estimate is that being a child of an alumni increases your odds of getting into a highly selective college by 45 percentage points, said a 2011 study that analyzed 30 elite institutions.

According to a recent Wall Street Journal article, Princeton University admits legacy applicants at four times the rate of non-legacies – 30 percent to 7 percent. In documents released as part of the lawsuit against Harvard University for its race-based admissions practices, aspiring legacy students are admitted at five times the rate of applicants who have no familial ties to the institution – 33.6 percent to 5.9 percent. The University of Virginia, one of the most selective public universities in the United States, has an admissions rate of 47 percent for legacy applications compared to 25 percent for non-legacy students, according to the Cavalier Daily.

Legacy students are heavily represented in some of the most elite colleges. Nearly a third of the incoming 2017 Harvard University class were legacy students – 18 percent were children of Harvard alumni and others had siblings or other close relatives attend the institution.

Of course, wealth and college admissions are related. Children of alumni of elite colleges likely have the resources to earn the test scores and grades needed for a top college, as well as opportunities that are unavailable to low-income students. Even at colleges with need-blind admissions, the playing field is not level. Whether legacy admissions practices displace other students is unclear. Just 6 percent of applications in the 2011 study belonged to legacy students.

A decade ago several articles took to task the practice, but legacy admissions continued. Both liberal and conservative lawmakers have criticized admissions decisions based on alumni relations since at least 1990. Those lawmakers include former presidential candidate and U.S. Senator John Edwards, U.S. President George W. Bush, and former Senate Majority Leader Bob Dole. “As public disgust over the advantages of the rich and powerful grows, there will be corresponding pressure on schools to be more fair in admissions practices,” Larson said. “I could certainly see state legislatures, for example, voting to end legacy preferences at state universities.”